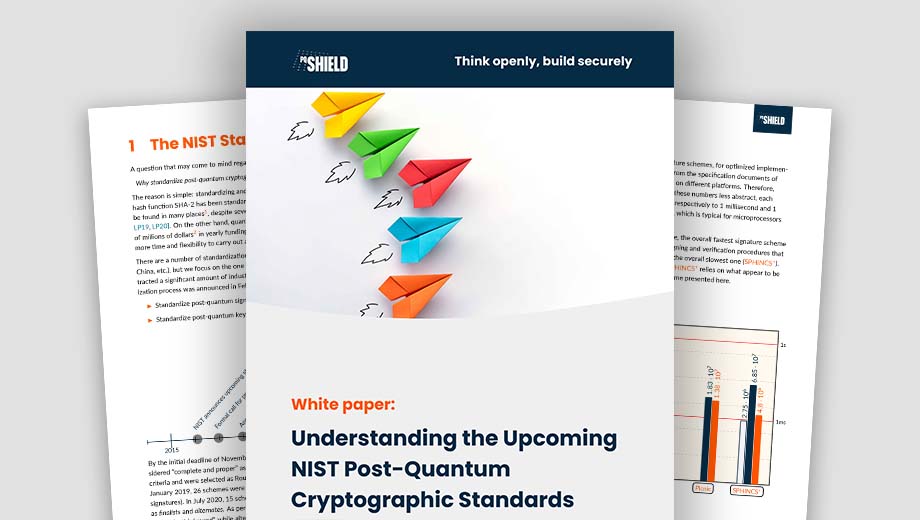 The NIST Post-Quantum Cryptography Standardization Project began in 2016, and is now in its third and final selection round. In early 2022, NIST will announce final, official standards, and within two to three years, we can expect these to become a requirement for anyone working with the US government, and likely in other critical fields.

As it stands, there are fifteen schemes under consideration by NIST: seven finalists and eight alternates. Each differs slightly in its design and practicality.

Having contributed two of the seven finalist algorithms, PQShield’s team is uniquely positioned to explain how they work.

In this white paper, you can find out more about each of the fifteen schemes, and compare key aspects such as bandwidth cost, computational cost, hardness assumptions, and more.

It’s a practical view of post-quantum schemes, some of which will become standards for years to come.

Quantum Computing Threat: How to Keep Ahead

An Overview of Post-Quantum Cryptography