Secure Messaging in a Post-Quantum World 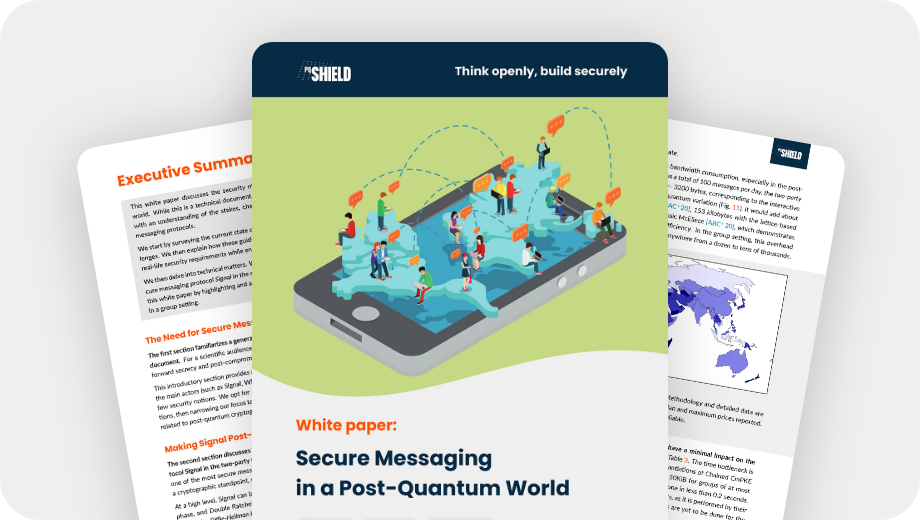 The widespread adoption of smartphones has led to a meteoric rise in the use of secure messaging apps. Over 2 billion people used Whatsapp in January 2022, and 40 million people used Signal. But however secure these messaging apps are today, quantum computers will soon have the processing power to break the end-to-end encryption they rely on to keep messages private – not to mention the threat of ‘harvest now, decrypt later’ attacks.

Considered the gold standard for establishing secure messaging between two parties, our new white paper explains the need to build quantum-secure solutions that mimic the functionality and security guarantee of the Signal protocol’s existing key components.

Team PQShield experts outline how PQC can be applied to secure messaging in a two-party setting, typically between mobile devices, as well as the specific performance and data requirements. We also explain how this could be scaled to group messaging, which comes with its own unique data and bandwidth challenges.

NIST PQC standards are here… how can you keep ahead?